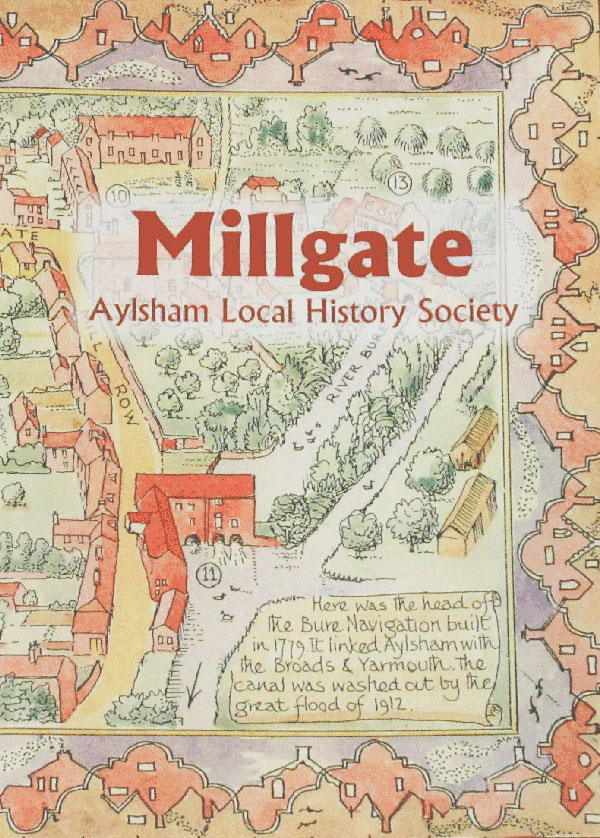 Millgate is a book about the history of a district of the town of Aylsham lying down by the river Bure. It brings together research undertaken by a number of members of the Aylsham Local History Society.

The introduction by local history specialist Christopher Barringer tells us that, “Millgate is the road which links the core of Aylsham around the market place with the water mill on the river Bure. The opening of the Bure Navigation in 1779 linked Aylsham by canal and river with Yarmouth and the Broadland river system. The development led to the rapid growth of new occupations such as wherryman and the boat builder, and also increased the outlets for the malting trade in Aylsham. This in turn led to families such as the Spurells and Parmeters becoming important members of the Aylsham community.”

At the core of the Millgate area is Aylsham water mill. Wind and water mills and pumps played a very important part in the development of East Anglia from an agricultural and economic point of view.