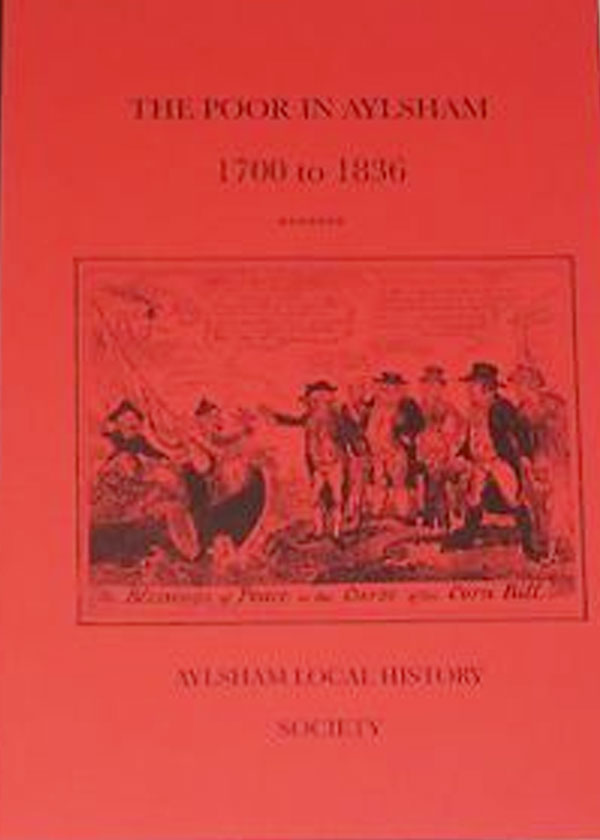 From the introduction: Aylsham is a small market town situated 12 miles north of Norwich. The area of the parish extends to 4,300 acres. In the early 1700s the population was about 1,300 and by 1831 it had risen to 2,334. Aylsham market and the skilled craftsmen in the town served the surrounding villages and farms. After 1779 when the Yarmouth navigation canal was extended to Aylsham many men worked as watermen at the canal basin in Millgate. At one time there were 26 wherries trading in corn, timber and other goods from Aylsham. The town contained shopkeepers, merchants, in timber, corn and coal, and professional men. A local census in 1821 revealed that about 40% of wage earners were employed in agriculture while 36% were employed in trade. Malting, milling, brewing and boat building were also important and there was a masonry works in Millgate.

White’s Directory of 1845 describes Aylsham as a neat and well-built market town and it remains so to this day. The town’s friendliness and enterprise emphasised by Dr Sapwell in his History of Aylsham is still remarked upon by visitors. The period covered in this dissertation is the time when parishes were entirely responsible for their own pauper inhabitants. Aylsham’s commercial success enabled it to support its poor and the amount spent per head on relieving the poor was generally higher than most other Norfolk towns.