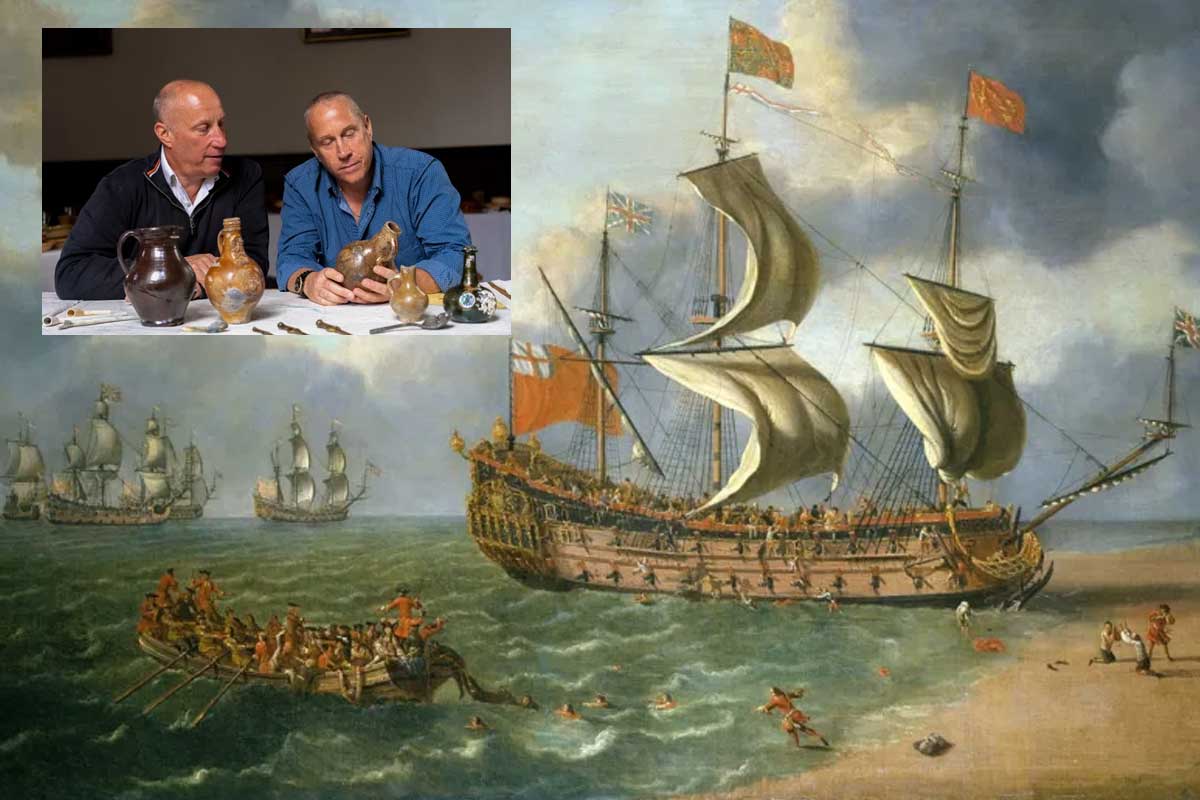 Julian Barnwell : The Last Voyage of the Gloucester

Two scuba-diving brothers who uncovered a long-lost royal shipwreck have described the moment they made the find of a lifetime – and how they had to keep it a secret for 15 years.

Lincoln and Julian Barnwell found the wreck of the HMS Gloucester off the Norfolk coast in 2007, after a search that had lasted four years and covered 5,000 nautical miles.

The ship had gone down in 1682 in a sinking that almost killed the future King James II, and cost the lives of up to 250 people.

The wreck and its cargo then lay untouched for 325 years, some 28 miles off the coast of Great Yarmouth.

Glass of wine or soft drinks available for a reasonable charge!